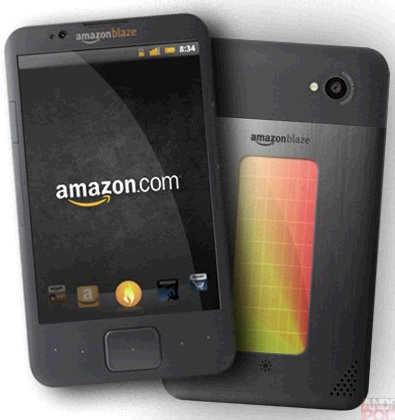 So is this for real, or is it an April fool’s joke?  There are some rumors out there that Amazon is about to release their very own smartphone called the Amazon Blaze. So far, there have only been photos and specs leaked on the device and it’s still yet unknown if this device is real or not. The Amazon Blaze smartphone is unique in that it comes with an embedded solar panel on the back to recharge the battery throughout the day – so long chargers!  And the Blaze is supposedly powered by Android 2.3 and comes with a display panel that does not have standard back lighting which will make it very easy to read off the display in sunlight. So what do you think? Is this for real, or just an elaborate April fool’s joke?