This might not be a huge surprise to you, but in a recent survey by Change Wave Research that looked at four major mobile phone carriers Verizon, AT&T, Sprint, and T-Mobile, it was AT&T who was dead last in the rankings. 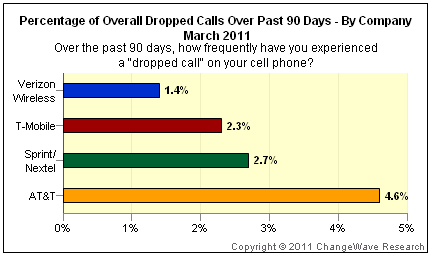 2 replies on “AT&T Has Highest Rate of Dropped Calls”

I always hear similar stats/stories… but I’ve had AT&T (and previously Cingular) for at least 6 years now, and have only ever had maybe 3-5 dropped calls. I guess I consider myself lucky!