Earlier I wrote about how AT&T had the highest rate of dropped calls amongst the four major phone carriers – AT&T, Verizon, T-Mobile, and Sprint.

Here’s a chart showing the iPhone users on both Verizon and AT&T: 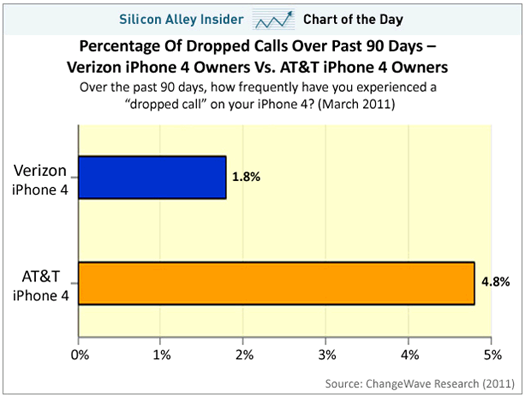