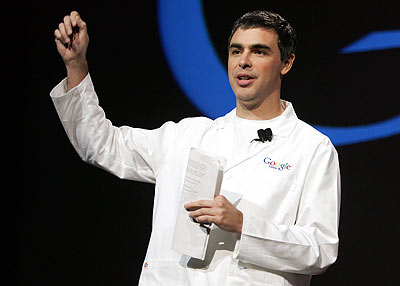 In a move that is reflective only of fear more than vision, Google’s new CEO Larry Page issued some direction – or actually some threats – via his new role.

Basically, he told Google employees that their bonuses will be based solely on the effectiveness of how well they integrate “social’ability” into Google products.

So for Google’s new CEO, the future is really all about being “social”.  I would say more specifically, it’s about competing and taking some of the social market share away from Facebook.

I think they should be.  No other site on the planet is growing as quickly as Facebook, and already (in some cases) Facebook is garnishing more page views than Google.

Here’s a screenshot of the now infamous threat from Google’s new CEO Larry Page to the employees that their bonus will be directly reflective of how well they “socialize” their products: 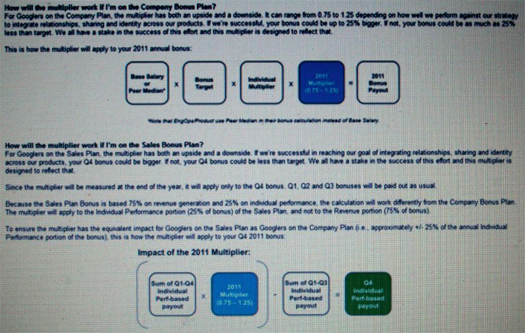 “perform[s] against our strategy to integrate relationships, sharing and indentity across our products.”