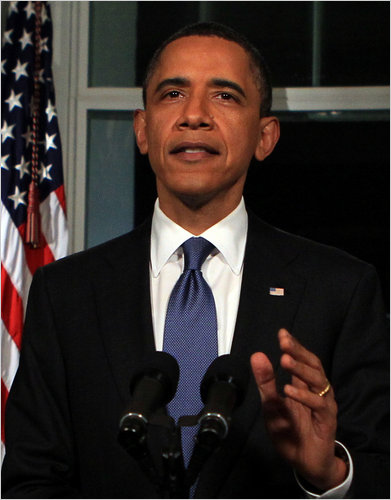 For President Barack Obama, his Presidency was all about “Change”!  Change that needed to come to Washington, “Change” that was going turn around the unemployment rate, and “Change” that was, once and for all, end the politics that plagues our capital.

But with the new budget crisis, and the fact that our Federal government was about an hour away from complete shut down, does this bode well for President Barack Obama’s message of “Change”?

I have to believe, no wait… I’m convinced, that the GOP is already  fully capitalizing on this opportunity to hammer the President for his lack of leadership in Washington.

And it’s really just a matter of time – and perhaps it’s already there and I just haven’t seen it yet – before YouTube fills up with GOP attacks on the President.

So is this a reflection of Barack Obama’s lack of leadership as the President?

I believe so, yes…

But is it all the President’s fault?

Of course not… the congress is as much to blame.

I’m just saying that it doesn’t look very good on a President who campaigned, and was elected, on the message that “Change Would Come” – when clearly it hasn’t.