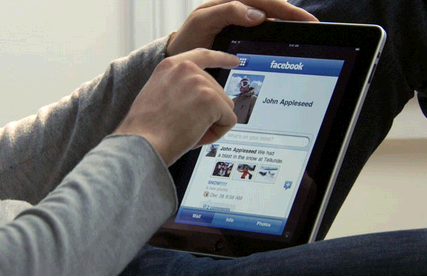 When you look across the social media spectrum, I can’t help but notice one glaring, obvious disconnect. This disconnect has baffled for months now, and to this day, it’s becoming even more of a mystery. And the question is this…

Is it because of Microsoft is perhaps weighing in on the issue and somehow forcing Facebook from creating an iPad app?

Or is it simply that Facebook is waiting for developers to step up and create the ground breaking iPad app?

I don’t know what the answer is, but it’s certainly a baffling mystery to me.