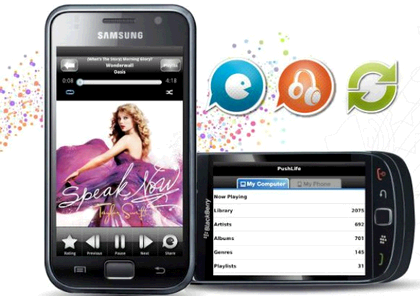 PushLife has just been acquired by Google for a reported $25 million. Founded by a former RIM (Blackberry) development executive Ray Reddy, PushLife allowed users to port their iTunes library to non-Apple phones. The interest from Google is obvious, let’s port your iTunes library to Android smartphones and tablets.

PushLife announced via it’s website that “we’ll be joining Google’s engineering team in Canada, and will be working on building better mobile application for all users. The past three years have been an incredible ride and, while we will be eventually discontinuing the PushLife service, we look forward to more adventures at Google.”