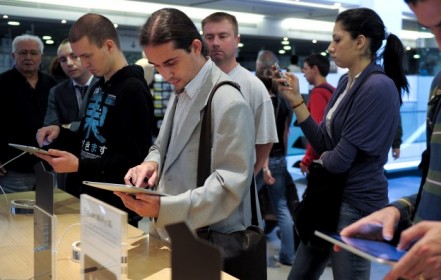 Not bad (actually, it’s freakin’ amazing) considering the iPad was only released 14 months ago back in April of 2010.

Some estimates put the iPad at dominating over 90% of the current tablet market, and that’s expected to continue to be the case well into 2015.

Here’s a graph showing global web traffic generated by the iPad since August, 2010: