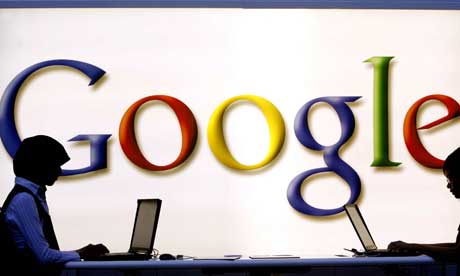 Anyone who has seen and played around with Google+ knows the crazy amount of potential and usability vested in this new social network. Google is essentially adding a needed layer (or more) of complexity to the status of “friend” in traditional social media (i.e. Facebook), so that privacy can finally become a less awkward and rigid social process. Let’s face it; not all friendships are mutual or similar, so why should they be online?

For those of you still unfamiliar with Google+, allow me to give you a rundown of how the friending and sharing model works:

Now, Facebook actually has a similar capacity to privatize certain content you publish to a certain group or list of friends, but Facebook’s interface doesn’t lend itself well or naturally to this function, and most people don’t even know about it.

In addition to this sharing model, you can also create “Hangouts” in which you can chat video-conference style with up to 10 friends or colleagues at a time. For Androids, there is also a “Huddle” function which basically puts you in a chat-room style conversation with a group of people.

So it appears that Google+ is a type of social media hybrid between Twitter and Facebook but with some additional features that almost make it a different beast entirely. Like in Twitter, you can still “follow” anyone’s public content by simply adding them to a circle. However, the level of personal interactivity available with “Hangouts” and “Huddles” lends itself to a more interpersonal, “friend-based” interaction like you would say on Facebook. Still, these functions could also really serve well for businesses (conference call, anyone?) too.

What Does This Mean for Social Media?

At the very least (unless Google+ completely collapses, which I don’t think is too likely), this means that social media gurus will have one more outlet to tinker with. The idea of circles is very intriguing in the world of social media marketing because now you can market your site or blog or professional online content without having to create another account or fearing that you are annoying and driving away your online friends.

For some reason, the idea of something “going viral” on Google+ seems incredibly possible. While reposting is almost unheard of in Facebook, it’s very common in Twitter (the retweet), so it seems very likely to occur in Google+ as more people (and marketers) start using it.

Most importantly, there is huge potential for Google+ to be very impactful in search engine results pages (SERPs). This hasn’t really been implemented yet, but we can only assume that Google is heading in that direction to compete with Facebook and Bing’s social search results. Time will only tell exactly what effect Google+ will have on SERPs, but I imagine using it right now and trying to get ahead of the curve is definitely a good idea.