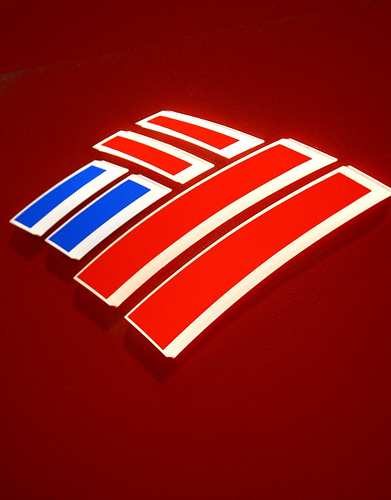 Thursday Bank of America announced that they would be charging basic checking $5 a month to shop with their debit cards.  This introduction to the Bank America monthly charge created a viral outrage from account holders. This charge is likely because of problems Bank of America is having, as Warren Buffett discussed today.

Warren Buffett, whose Berkshire Hathaway Inc. (BRK/A) invested $5 billion in Bank of America Corp. (BAC), said that problems at the biggest U.S. lender by assets will take “much longer” to clean up.

“The bank has a wonderful underlying business — it’s got lots of problems,” Buffett, 81, told Bloomberg Television’s Betty Liu today in an interview from the floor of the New York Stock Exchange.

“The bet is, is Brian going to get rid of those problems?” Buffett said, referring to Bank of America Chief Executive Officer Brian T. Moynihan, 51. “It won’t take six months or a year; it will take much longer than that even. But the underlying business is doing fine.”

How many Bank of America customers are going to leave after hearing they’re going to have to pay monthly?  It seems like a bad idea, almost like the Netflix Price Increases a few weeks ago that caused a public backlash.  What’s going on with these companies lately?