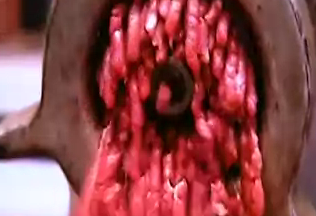 Today if you happen to check out Google Trends, you’ll notice “Pink Slime” at the top of the list (number 11 right now).  What is pink slime you ask?  Oh, just a secret ingredient added to ground beef for kids school lunches, ground beef at the grocery store, and even at restaurants.  The “Pink Slime” as it was nicknamed was actually purchased by the USDA for inclusion in beef.  They purchased over 7 million pounds this year alone. 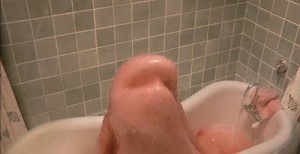 This Pink Slime Food Additive (that reminds me of the pink slime in ghost busters) is actually called “lean finely textured beef”, and federal law allows it to take up as much as 15 percent of ground beef – “is a mixture of leftover trimmings, sinew, and other beef parts culled from a cow once the expensive and more recognizable cuts of meat have been harvested and sent to a butcher,” reported the Blaze. “The collection of leftovers is spun in a centrifuge to remove excess fat, washed in a disinfecting solution and then minced for use in various applications.”

Yes, absolutely disgusting isn’t it?  At least Jamie Oliver exposed the nasty pink beef slime during a segment from “Oliver’s Food Revolution” TV show.  Check out his video below:

On the Season Premiere of Jamie Oliver’s Food Revolution filmed in Los Angeles and aired on April 12, 2011, Jamie demonstrates how 70% of America’s ground beef contains leftover cow parts (a.k.a. “pink slime”) containing e.coli and salmonella that has been treated with ammonia. Ammonia treated meat can be found in virtually all conventional grocery stores, fast food restaurants, many national restaurant chains, and school cafeterias. The saddest part is that the USDA allows this ammonia treated meat to enter the marketplace and with no labeling requirement on the packaging to inform the consumer that the meat they’re about to buy contains ammonia, thus hiding the truth and pulling a wool over the consumer’s eye. This is certainly a rude awakening to the majority of Americans that don’t know where the meat in their fridge, the meat in their conventional local grocery store, the meat in their fast food hamburger, and the meat in their restaurant made hamburger comes from. How do you avoid this poison? Buy beef that has come from grass fed cows, which can be found at natural and organic grocery stores and your local farmers market. No matter the size of your town or city, grass fed beef (real beef) is not out of reach. Unlike ammonia treated beef, grass fed beef is clearly labeled and contains no ammonia.

Here’s a real picture of the pink slime:

So do you think McDonalds, Burger King, and Taco Bell all use pink slime?  I wouldn’t doubt it!

News Update: Apparently McDonald’s discontinued the use of the Pink Slime since August of last year:

Todd Bacon, McDonald’s senior supply chain officer, told the Daily Mail that the decision “was not related to any particular event, but rather to support our effort to align our global beef raw material standards.”

In a statement, McDonald’s clarified that it stopped using “select lean beef trimmings” — its preferred term for scrap meat soaked in ammonium hydroxide and ground into a pink meatlike paste — at the beginning of last year.

“This product has been out of our supply chain since August of last year,” it said.