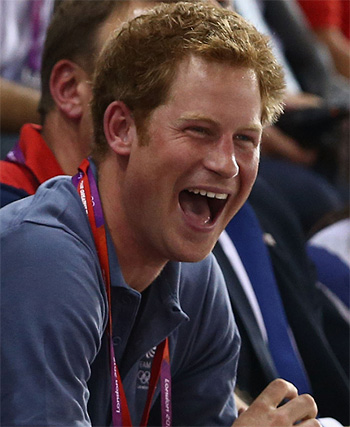 Pictures of naked Prince Harry in Las Vegas were released by TMZ.   Since then the story has been popping up all over the internet. According to TMZ, Harry and his friends had invited women from the hotel bar up to their VIP suite, where they played a strip game at a pool table. It did not identify the women.  One photo shows Prince Harry covering himself with a topless girl hiding behind him.  The second picture shows him bear hugging a girl from behind.  I guess Prince Harry didn’t think about what would happen when these random girls from Vegas started taking pictures of their  strip pool escapade.  He obviously thought the phrase, “What happens in Vegas stays in Vegas” was true.

You can see the viral Prince Harry pictures in Vegas right on the TMZ website.