Actor Charlie Sheen is left apologizing after his homophobic rant at a Mexican club in Cabo. Sheen was at the club to promote the opening of his new bar. When the crowd wouldn’t chant his name, Sheen apparently grew frustrated and went on a homophobic rant. 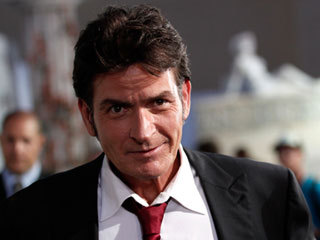 A video published by TMZ shows Sheen addressing the audience at the El Ganzo hotel, where his bar is based. The room was packed with people, one of which was Los Angeles Mayor Antonio Villaraigosa. The video shows Sheen getting angry and then shouting, “How we doing? … Lying bunch of f*ggot a**holes, how we doing?”

Sheen was among many celebrities attending the event, some of which were the mayor of Los Angeles and Slash, the guitarist known from the band Guns N’ Roses. Neither of these individuals have commented on Sheen’s homophobic rant.

In addition, Sheen also Tweeted a photograph of himself and the mayor of Los Angeles, along with a message which read, “From Boyle Heights 2 Mayor of LA..! …. Antonio Villaraigosa knows how to party!”

Since the TMZ video’s release, Sheen has backtracked on his homophobic comment, saying that he meant no offense by it. He merely wanted to rile up the crowd for the opening of his bar.

“I meant no ill will and intended to hurt no one and I apologize if I offended anyone,” said Sheen. “I meant to say maggot but I have a lisp.”

How Sheen expects anyone to believe he suddenly developed a lisp capable of changing an em sound into an ef sound, I don’t know. But there it is: his excuse for going on a homophobic rant is that he has a lisp.