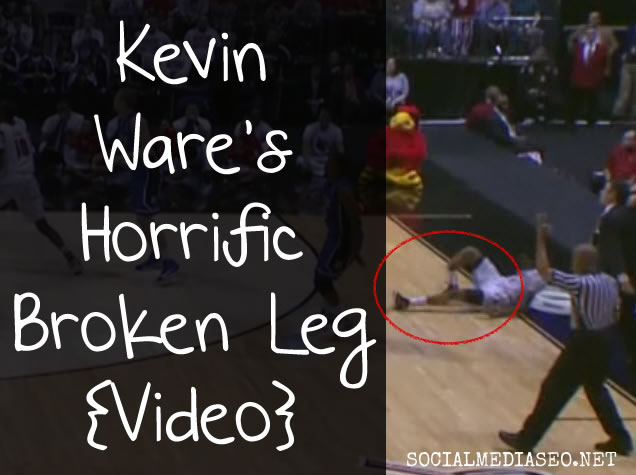 Last night I started to see a few of my friends on Facebook saying, “let’s pray for Kevin Ware from Louisville and his family”.  Shortly after I also saw  comments about a video and how gruesome his leg injury was.  I quickly realized that there was a video of Kevin Ware’s broken leg injury.  After watching the video, I was shocked to see Kevin Ware land awkwardly on his right leg and watch it collapse into two sections as he broke two bones.  He broke his leg in two places right in front of the bench.  Player’s on the floor didn’t know what to do, some were crying, some were throwing up, but in the end they huddled together and prayed for Kevin, which was a moving moment.  Some are claiming this video is the most gruesome injury in the history of sports.  What was shocking as well was Kevin’s courageousness, telling teamates, “Just win the game. I’m OK. Just win the game.”

Minor setback, for a major comeback.

WARNING: THIS PICTURE IS NOT FOR THE FAINT OF HEART, BUT HERE’S A NASTY PICTURE OF THE BONE STICKING OUT BELOW: 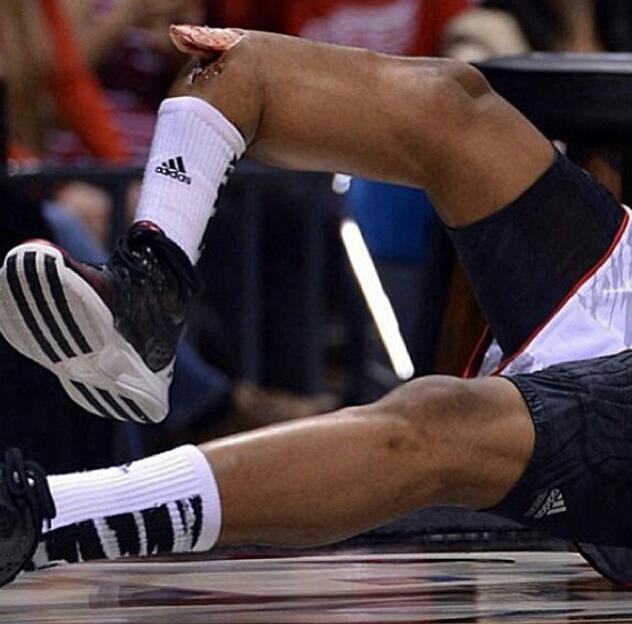 i feel sorry for him!!hope he get better

Ii am so so so sore for you

poor guy!! i hope he gets better soon. although i did enjoy the game

omg i feel so sad when saw the pic i when up to my computer that had it and i kissed the broken bone yes i kissed it i feel you sad for him if i saw him i would hold his hand all the yay till he go better lord if you hear me up there i just want to say please please help kevin i hope he feels better please amen. when i said that prayer i was crying a little i hope everyone prayes for him i feel bad for his family everyone please please please! pray for his family and him.

i feel bad too

i am so glad kevin is back up lets go kevin

Poor him and that’s gross…

I feel really bad for him :(

you are a jerk dude this isnt funny at all

Everybody please pray for Kevin Ware. He at least is up and going but any of yous who were laughing that I rude and you should be ashamed maybe Kevin himself is reading this and might fell sad that you are laughing so stop.

That’s absolutely horrific I hope he’s okay. I wouldn’t wish that kind of pain on anybody. God is on his side to make sure he’s okay. Did his career end??!!