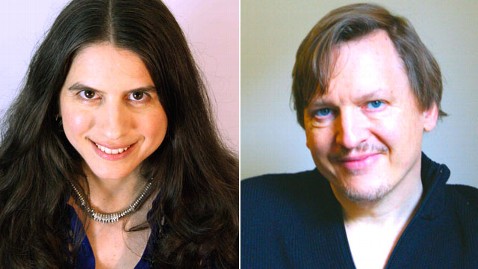 Life can be short and very short indeed. Two lively radio presenters who hosted a show on how to persue happiness , ended their lives in Brooklyn apartment in New York. John Littig aged 48, a motivational speaker and his wife Lynne Rosen, 46, a psychotherapist, according to the police information , put polythene bags over their heads that were connected to a bottle of helium.

Hasan Boztepe, the heading manager of that apartment had made several knocks at the door in the room which the couple was. The strong bad smell from the dead bodies forced the manager to break down the door on Monday. shockingly, to find two lifeless bodies of the two life coaches sitting on the coach holding hands. Two notes from each of them were found next to them as well. One of them read that John couldn’t take it anymore because his wife was in pain.

The radio show hosted by these coaches did not only motivate listeners but also gave them positive side of life and how important their lives were. The show promoted listeners life growth and development in their daily works. amongst listeners, every Thursday in the afternoon for a period of one hour. The couple also had a life coaching company company known as “why Not Now.” It mainly encouranged ones inner strength and installing confidence in planning the life you have always wished to live.

Does it mean we live by the say, “Do as i say but not as i do?” ” Push yourself when there is nothing left to go on. Remember, positivity is precious ,” Rosen always counseled people by use of these words. It brings a feeling that the couple did not live according to these encouraging words. These life couches helped callers lead a happier and fulfilling lives thus themselves were not able to handle the life challenges they were going through. Life is God given and precious, commit it to Him for guidance.