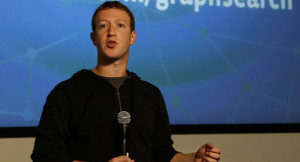 United States citizens have been suspicious of many governmental agencies and they access to personal information. Many individuals place the blame directly in the hands of Mark Zuckerberg who is the CEO of Facebook. Sources claim that Facebook is one of many businesses that are allegedly participating in a government program entitled PRISM.

It is believed that the FBI and the NSA are directly responsible for illegally collecting millions of pieces of information from web based companies like Goggle, Skype, and YouTube. This includes data such as pictures, voice or video chats, emails, and even Facebook status updates.

Mark Zuckerberg, Facebook and all of the other alleged businesses claim that they have never participated in any government based programs. Furthermore, the United States government is never surrendered any personal information unless it is deemed necessary by law.

In a rebuttal released by Zuckerberg in defense of Facebook, he strongly denied any cooperation with PRISM or other government based programs. To continue, Zuckerberg does state that there are times when the government does request data. In order for the government to be given any data, it must be within accordance to all legal protocol.

To continue, in his press release, Suckerberg ( I am sorry, Zuckerberg) even goes as far as reprimanding the United States government. Recommending that the next time that the NSA or the FBI decides they want to have a program that collects personal data that they should just be more “transparent” about any attempts to protect public safety and the free will of citizens everywhere.

Thus far, as of Friday, Facebook has been the first of any of the blamed companies to release a statement to claim their innocence. The bright,young CEO said he had never even heard of the governmental program called PRISM in his entire career.