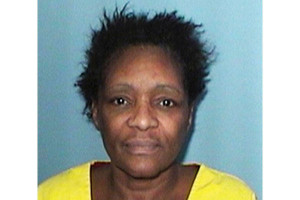 Shermain Miles gets arrested once again. The count goes up to 396 times now. This woman was first arrested in 1978, when she was 16 years old. Since then, she’s been caught at least 92 times for theft, 59 for prostitution, 65 for disorderly conduct related crimes, and 5 for robbery. Tracking her specific record sheet is quite complicated, since she has used more than 80 different aliases.

Members of the Cook County’s state’s attorney’s office have declared that, in most of her arrests, she wasn’t convicted; only in 73 cases she has faced jail time. 73 times may sound like a high number, but it only represents a meager 17.92% of her arrests.

This time, the 396th, she was arrested last summer after attacking alderman James Cappleman. This Monday, she pleaded guilty of the assault as well as for trespassing and public disorder in different cases. Chicago Judge Peggy Chiampas sentenced her to serve time for all three cases, offering her a plea deal. She declared that she did so because the accused, Shermain Miles, accepted undergoing a professional mental evaluation and getting the adequate follow up treatment, as well as submitting herself to a substance abuse treatment program.

Miles has expressed her gratitude towards Judge Chiampas, declaring her intention to change and apologizing for her crimes. This humble attitude is completely new in Miles, who is known for shrieking and shouting loudly in courthouse lockups. The prosecutor declared that alderman James Cappleman was satisfied with the resolution.

Shermain Miles was held in Logan Correctional Center since December, after breaking her parole and being arrested, once again, for armed robbery. Miles will be sent to a rehab program where psychiatrists will evaluate her mental state and help her rehabilitate from her substance abuse problems. If she complies with the program in a satisfactory manner, she could walk free in a matter of months.