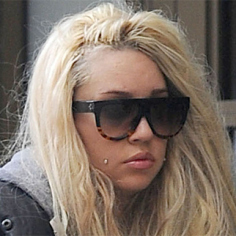 Amanda Bynes tried to get some publicity for herself when she tweeted a photo of Miley Cyrus with the words, “U r ugly”. This happened when the Hannah Montana star was trending on the social networking and micro-blogging site Twitter. Social media experts feel that it was just a ploy on Amanda Bynes part, to draw attention to herself at that moment and gain some publicity.

However the very suave and mature Miley Cyrus refused to add fuel to the fire. She steadfastly refused to reply back at Amanda and engage in a Twitter fight. The child actress was interviewed by Kane of Hot 99.5 radio and she said that, even though she feels sad over Amanda’s antics yet she isn’t going to reply back at her barb. She also added that she was hoping that Amanda would make a grand comeback onto the social scene but after this incident she doesn’t think so.

Social media experts say that if Miley Cyrus had responded back, as Amanda had hoped then there would have been a huge fight between the both of them, in the media glare. However Miley chose to keep mum and needless to say, this must have infuriated Amanda no end.

Both Amanda and Miley had a lot in common during their initial years but lately, they have gone their separate paths. Both were child stars and Miley has now matured into a good celebrity with maturity whereas Amanda is always on the lookout for cheap gimmicks for some publicity.

Amanda’s favorite ploy to gain publicity is to tweet about some celebrity who isn’t doing the correct thing according to her. This guarantees her immediate attention in the social media and a steady stream of new followers as well also on the social networking site Twitter. She loves to live in the public eye and is hungry for publicity of any kind.