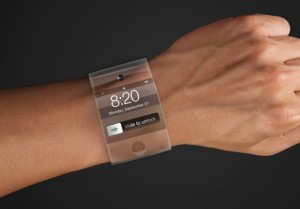 The recent move by Apple to seek ‘iWatch’ patent in Japan has been watched closely by many market players. This is a move set to protect the electronic giant market share in many ways. It is going to definitely protect the name of a product that is set to dramatically change computerized gadgets. ‘Iwatch’ is to be patented under products categorized as a computerized watch device or handheld computer. There are many factors that have contributed to this move particularly in Japan. Firstly, it home of titanic court battles fought over patent rights with major electronic companies. It is also a market that has a high purchasing power.

Samsung which is a bitter rival of Apple Company is warming up for the release of a wearable device. The wristwatch being developed will be able to perform a number of tasks that a regular computer is able to perform. Therefore, this name ‘iWatch’ carries more than meets the eye. Sale economics dictate that a brand name is as powerful as consumers of the product/service. Products are more often designed and named to make them marketable. There is an expected battle from these electronic companies that is set to change what people wear around their wrists. The tasks that an ipad or Iphone performs are essentially going to be performed by these wearable devices.

It is paramount for you to understand the different aspects why Apple is seeking a trademark for ‘iWatch’ in Japan. It is only but the beginning of wearable technological equipment that is setting pace on how we are going to communicate in the near future. Additionally, general integration of different wearable communication technologies will dictate the market share. As a business rule, whoever controls the markets rules over the prices and profits. Apple has made a smart move that will definitely shake Samsung market share in Japan.

2 replies on “Apples Strategic move to Patent ‘iWatch’ In Japan”

Apple filed two applications for the registration of the mark IWATCH in Mexico in early June.