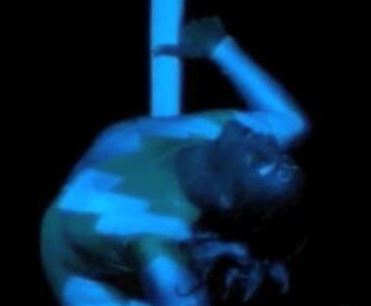 Sarah, Guyard Guillot died on Saturday in Las Vegas at the MGM Grand. The cause of death was injuries sustained after an accident during a circus performance in which Sarah was a performer. The 31-year-old performer fell to the ground after being hoisted more than 50 feet into the air by safety lines operated remotely by stage choreographers. It is likely that Sarah slipped from her safety line and fell to her death in the open pit below.

The audience initially thought this was part of the performance but soon realized that things had gone terribly wrong after they began to hear moaning sounds and some screams from the fallen performer. The entire performance can to an end at this point. The officials of MGM Grand asked the audience to disperse and head home.

Sarah Guyard Guillot had over twenty years experience in acrobatics and aerial dynamics. She was born in Paris, France. Her fellow performers had nicknamed her as ‘Sassoon.’ She leaves behind two young kids. The Clark County Coroner’s Office announced her death at sometime after midnight on Saturday. This was soon after the University Medical Centre had already declared Sarah Guyard Guillot dead due to the injuries sustained because of her 50 feet fall.

Sarah was a performer with Cirque du Soleil, which roughly translates to Circus of the Sun. The Cirque du Soleil is a Canadian entertainment company that specialises in street entertainment and circus arts. The company has never had a single fatality in its 30-year history. The death of Sarah Guyard Guillot who was among one of its performers marks the first ever fatality for the company during one of its shows.

Sarah was performing the show ‘Ka’, a long running show by Cirque du Soleil at the MGM Grand. ‘Ka’ refers to the ancient Egyptian concept of a spiritual copy of the body. It was during the performance of this show that Sarah lost her life. Both Cirque du Soleil and MGM Grand have expressed their deepest sympathies to the family and friends of Sarah Guyard Guillot for the untimely loss of a family member, friend and confidante. The two companies have also expressed their willingness to cooperate with all of the investigating agencies involved in the Cirque du Soleil accident probe.

The Cirque du Soleil accident has led to the indefinite suspension of all scheduled performances of the ‘Ka’ show at the MGM Grand.