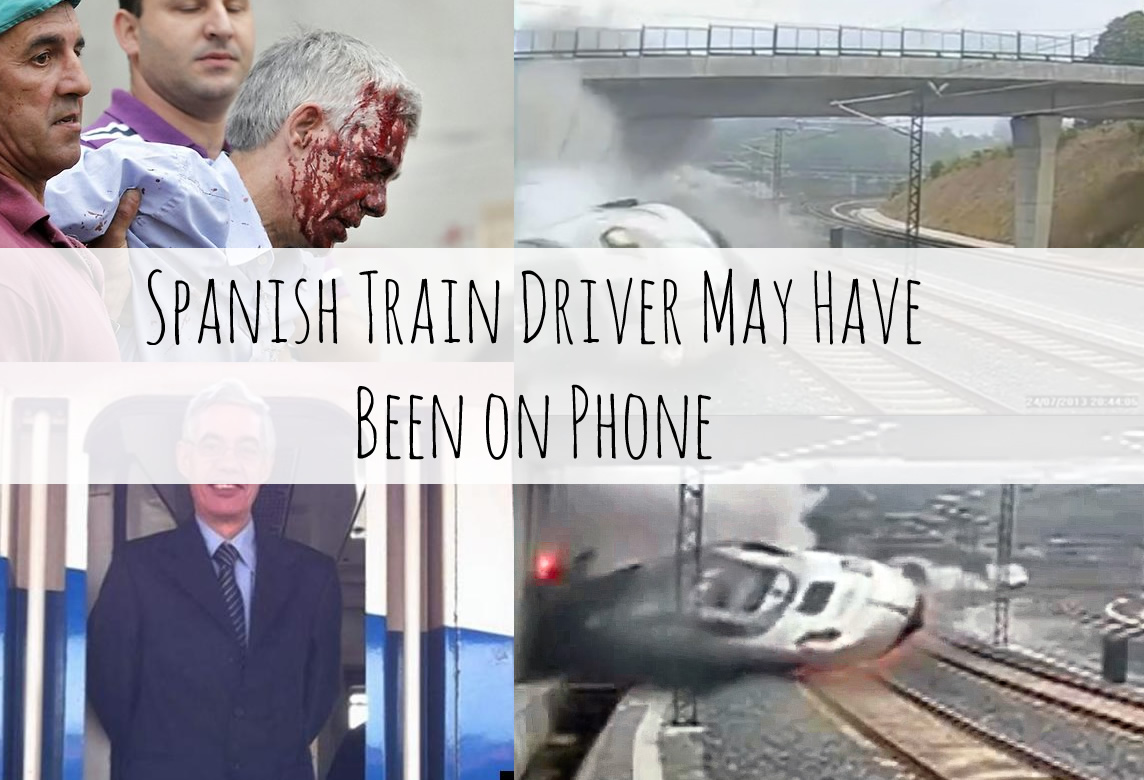 Francisco Jose Garzon Amo, the driver of the Spanish train that crashed near the city of Santiago de Compostela, has been charged with 79 counts of reckless homicide.

Mr Garzon has been released but he has been forced to surrender his passport to a judge and has to formally report to a police station every week. He has been told he is not permitted to leave the country without express permission.

Investigators have been tasked with determining whether the crash was caused by a technical fault or a driving error. Many say that the train was traveling at over double the speed limit at the time of the incident. These early reports cited the speed traveled as 118mph, when the designated speed limit for that area was merely 50mph. According to the Spanish Rail Agency, the brakes should have been applied 2.5 miles before approaching the curve.

Directly after the accident, Mr Garzon was notably pictured with blood streaming from a head injury he had gained during the crash. After leaving hospital on Saturday, he was immediately taken to the local police station for hours of intense questioning. During the session, one of the 168 injured passengers had died, which brought the death toll up to 79.

Police say that 70 of these 168 remain in hospital, with just over 20 of them in a critical condition. This has been confirmed to be from collectively over 10 nations.

This crash has been the worst Spanish train crash since 1944, which then occurred in the northern Leon province. Recently, the president of the Spanish train operator Renfe claimed that the train was completely free of technical issues, which leads many to believe that the only possible solution was poor driving.

In March 2012, Mr Garzon launched claims on Facebook that he was exceeding the speed-limit and jokingly claimed to be racing past police.

Although the driver the driver had over 30 years’ experience, this incident will probably never be forgotten for taking the innocent lives of nearly 80 individuals.

Breaking (7-30-13) : News reports show that the driver was on his phone during the time of the accident.