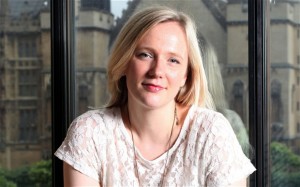 Twitter has faced a lot of criticism over its handling of death and rape threats against British feminist Caroline Criado-Perez. The feminist, whose campaigns have led to renowned British author Jane Austen being pictured on every ten pound bill, was subjected to a daylong barrage of abusive texts that average around 50 sexually insulting tweets per hour, yet the micro blogging site’s administrators did not do much to arrest the situation.
Bloggers and prominent personalities, including the UK shadow home secretary, Yvette cooper, complained about what they felt was an inadequate and weak handed response by twitter. All that twitter did was to direct Caroline to the police, while it also advised users to fill and submit forms for reporting abuse.

Indeed, after Caroline Criado-Perez claimed that her complaints to the site had been snubbed, petitions demanding that twitter take more decisive action against trolls and abusive people using its site had gotten over 10,000 signatures by five hours’ time. It took the police the whole day of Caroline receiving all manner of insults and threats to arrest a young man in Manchester on Sunday.

Many political personalities such as the guardian’s Stella Creasy, who is also the MP for Walthamstow, have argued that threatening people with rape goes much further than freedom of speech, indeed it becomes a criminal offense. There are growing calls for there to be a boycott of sorts on august 4th, so as to ensure that twitter takes more stiff action towards trolls and others who insult people in such a manner.

It will be interesting to see what twitter does in the face of such loud criticism and concerted action, it is important that everyone who uses twitter feels safe and comfortable, there is a growing segment of women who feel less than this. Should they continue to feel disenchanted with twitter’s policy against such online abuse, there is likelihood they might boycott the site.