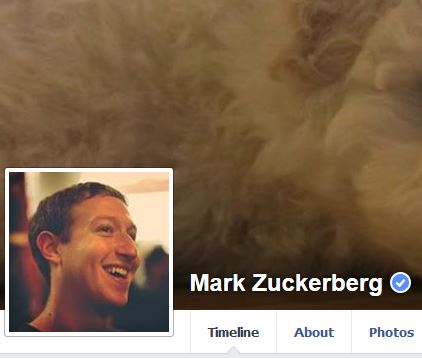 Social Media’s poster boy, Mark Zuckerberg, founder and Chief Executive of Facebook was at the receiving end of what was initially considered a prank, when his Facebook profile page was hacked by an IT security Researcher from Palestine, named Khalil Shreateh. Khalil on his part claims that he had tried to contact Facebook, and warn the social network about a glitch in the site, which enabled anyone to post on the wall of a perfect stranger. He tried to demonstrate this glitch initially by posting a video of Enrique Iglesias on the wall of Zuckerberg’s old college friend, Sarah Goodin, with whom Khalil was not connected. But this warning was ignored.

Apparently deeply frustrated by this brush off from the Facebook team, Khalil used the glitch to bring home the point pointedly, by hacking into Zuckerberg’s Facebook profile page. He also apparently send a post to Zuckerberg (deleted immediately), apologizing for breaking into the privacy of his FB account.

The Facebook team swung into action by suspending Khalil’s account, alarmed that Mark Zuckerberg’s Facebook Page has been hacked. Facebook’s security engineer sent a mail to Khalil requesting him to provide details of his exploit. After receiving the details from Khalil, the security engineer mailed that the details provided were not enough to reproduce an issue, and thus effectively denied Khalil the credit for bringing this glitch to the notice of Facebook.

Facebook has a proven policy of paying money to any hacker who finds security flaws in the social network. The minimum bounty amounts to $500. But the company denied Khalil the money on the ground that Khalil had violated Facebook’s Terms of Service, through his actions.

Facebook’s security team have claimed to have fixed the bug, while admitting that the company should have asked Khalil for more details when he had first reported the glitch, instead of brushing him off.

Facebook has claimed to have paid over $1 million to hundreds of reporters who have brought glitches to the notice of the company. The company admits that most of the genuine glitches are reported by people who are not comfortable with English, but at the same time the company claimed to have received hundreds of reports which were nonsense or misguided, and thus Khalil’s report, could have been an error creeping into the system of scanning reports. This brings down the curtain on the sensational breaking news that a security expert hacks Mark Zuckerberg\s Facebook Page