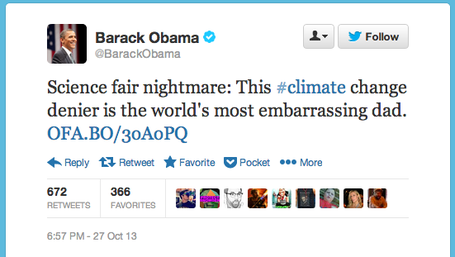 At first it was thought that Obama’s Twitter account was hacked after a shortened link sent users to a Syrian account, however it was found to be the URL shortened software that was hijacked instead.  By hijacking the URL shortener, they were able to redirect user’s to the link of their choice!

Obama campaign group Organizers for Action: “An account with our link shortener was hacked. [But] at no point did they have access to the Twitter handle.” Twitter has also confirmed to us that there’s no evidence the Twitter account was hacked. The tweet was up for 19 hours before the redirect was noticed, making it possible that the change happened only recently. Not long after, the link was fixed; it now sends readers to Barack Obama’s site.

We accessed many Obama campaign emails accounts to assess his terrorism capabilities. They are quite high #SEA pic.twitter.com/ARgGLX8IjN