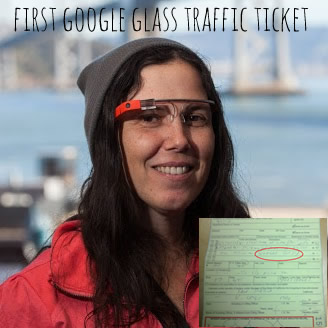 Cecilia Abadie is the first recorded person to receive a ticket after being pulled over for speeding.  Cecilia says the ticket was for “driving with monitor visible to driver.”

A cop just stopped me and gave me a ticket for wearing Google Glass while driving!
The exact line says: Driving with Monitor visible to Driver (Google Glass).
Is #GoogleGlass  ilegal while driving or is this cop wrong???
Any legal advice is appreciated!! This happened in California. Do you know any other #GlassExplorers  that got a similar ticket anywhere in the US? 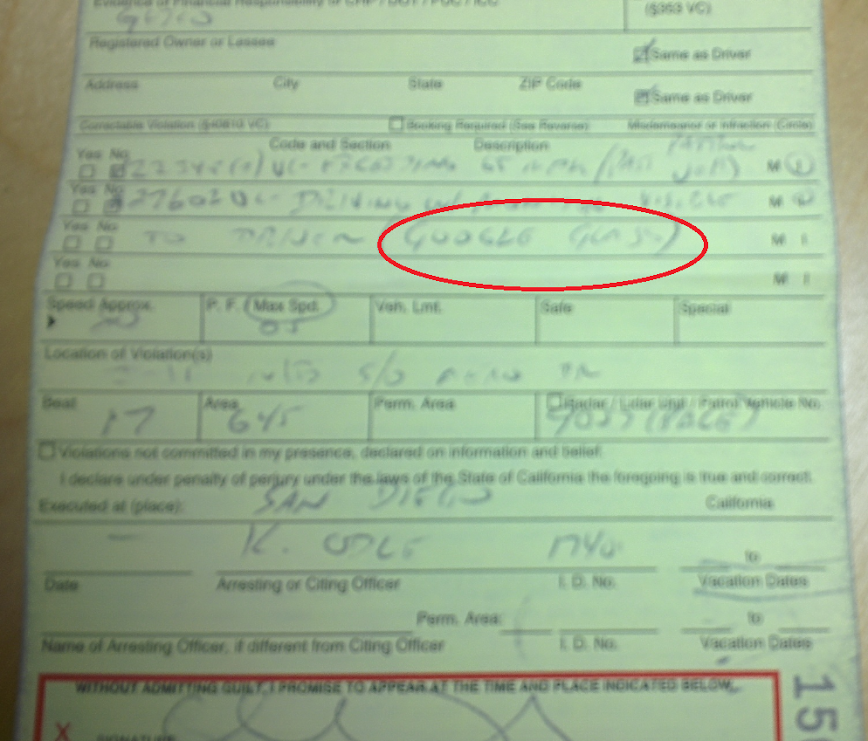 The California Highway Patrol confirmed to The Los Angeles Times that the citation was issued for violating California Vehicle Code 27602:

A lot of comments on her Google Plus page are telling her to fight for it, what do you think?  Is it OK to use Google glass while driving?