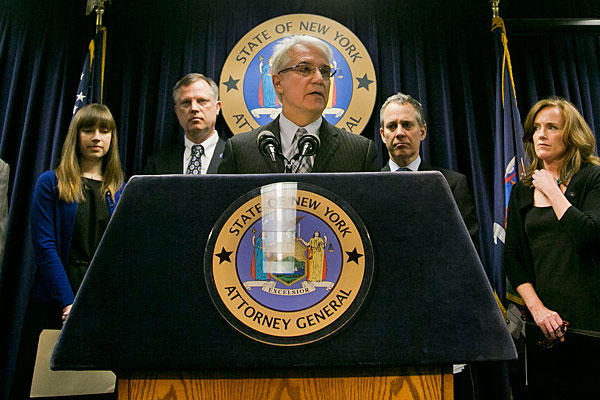 With mobile phone theft growing into a national epidemic – 1 in 3 robberies in the U.S. involve phones, per the Federal Communications Commission – cell phone manufacturers such as Apple and Samsung have suggested the introduction of a “kill” switch that would disable a stolen device. However, according to San Francisco District Attorney George Gascon, service providers including AT&T Inc., Verizon Wireless, US Cellular, Sprint. and T-Mobile ordered the removal of a pre-installed anti-theft software called Absolute LoJack, prior to shipment of Samsung’s phones earlier this year. Wireless carriers contend that the kill switch leave customers exposed to the risk of hackers shutting down users’ mobiles remotely.

The selling of stolen smartphones is becoming quite a lucrative business, particularly in larger urban areas such as San Francisco and Washington DC, where they account for 40%, or more, of total robberies. They are then sold on the streets for hundreds of dollars to a customer base that is only concerned with the savings realized against much higher in-store retail prices. In 2012, roughly 174 million mobile phones were sold in the United States alone, amounting to nearly $69 billion in sales. New York Attorney General Eric Schneiderman recently cited a June study indicating that stolen phones cost consumers over $30 billion last year alone. Technology, lawmakers contend, is a simple fix to this growing trend. Chuck Wexler, executive director of the Police Executive Research Forum, points to sharp declines in automobile theft the past several years, due to increased use of technology to catch and deter thieves, as proof that technological solutions would likely have a great impact.

A technological solution, says Gascon, is cheaper than criminal solution because it saves taxpayers the expense of prosecuting and jailing would-be criminals . He adds, “We know that the technology can be developed to prevent this. This is more about social responsibility than economic gain.”