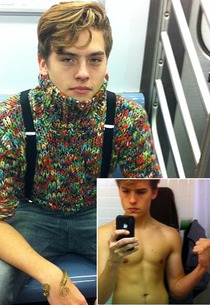 The Suite Life of Zack and Cody actor Dylan Sprouse had two semi-nude photos appear on Tumblr over the weekend, E! Online reports.One features the actor flexing his muscles in a mirror, while the other shows him completely nude and cupping his genitals (though his face is partially unseen in the second), according to E!.

This isn’t the first time a Disney star has had some bad media.  We all know what happened to Miley Cyrus with her recent music videos and crazy VMA performance.  I wonder if Disney will do anything about this since it’s negative media for them?