Josh Gates, host of the SyFy channel’s Destination Truth ordered a T-shirt from Amazon. Little did he know they would send hamburger earmuffs by mistake. The joke went viral from there.

@joshuagates You don’t get free shirts? SYFY really doesn’t like you, do they?

Amazon: We’re happy to resend your order. ME: Sorry, I can’t hear you through all the lettuce and cheese. #HamburgerEarmuffs

ME: I’m having a salad for lunch. HAMBURGER EARMUFFS: Shhhhh. pic.twitter.com/SebUdH5XsO 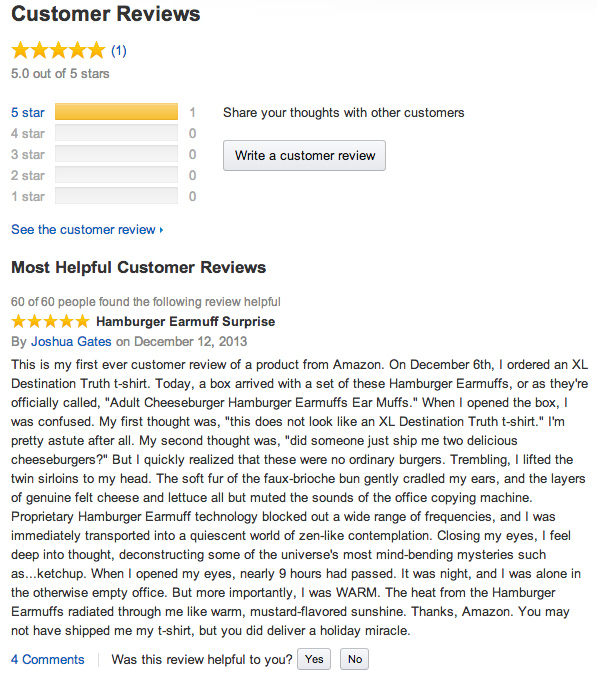 I was hoping to sleep in today, but it looks like somebody is wide awake. #HamburgerEarmuffs pic.twitter.com/LvbhMW7nxg