A smartphone called Blackphone is about to hit the stores soon, and the major thing about it is that it protects your privacy like no other phone. No one, not even the NSA, will be able to look through your private data. Silent Circle (a US-based company on security) and Geeksphone (a Spanish-based company on Firefox OS) have joined forces to create this phone and have the support of many important individuals who are known for their security work, for example Phil Zimmermann, who is is the creator of Pretty Good Privacy (a data encryption protocol). 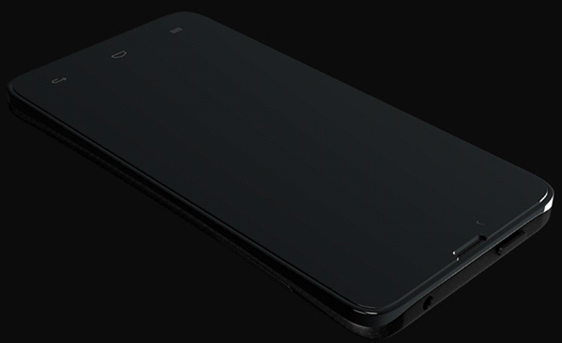 Privacy is the main worry of people who own smartphones. They think about who’s listening to their calls, seeing their conversations, etc. The private information of a person is personal. What they do on their phone should not be recorded or noted by anyone. Blackphone will have a security-first Android type OS called PrivatOS. It will still have the high-quality processor, but it will be unlocked and free of any geographical restrictions. It is also compatible with any GSM network. Users will be able to make completely secure and safe calls and video chats. While it may not be as powerful as the top smartphone right now, the CEO of Silent Circle has claimed that it will be a “high-end” smartphone.

Of course, the number one priority isn’t the specifications. If you wanted that, go buy the Galaxy S4. The number one priority for this smartphone is security. There hasn’t been any hands-on impression of the smartphone, it will make it’s first appearance at the Mobile World Congress in Barcelona of the 24th of February. More details will be discovered by then.

Smartphone security is a major issue. With Apple announcing that everything you say to Siri is recorded or the NSA knowing nearly everything you do on your smartphone, it’s a very uncomfortable and difficult situation. People are hesitant when they do things on their phone, wondering if someone can see what they’re doing or can listen in on their calls. If Blackphone really does the things it advertises, it could play a major role in the upcoming smartphone generation. It’s still going to be a high-quality smartphone, but also offer you the superb security that the other major smartphones don’t offer. Who wouldn’t be interested in buying the Blackphone? I know I would be, and many other people too. Look out iPhone and Samsung Galaxy, Blackphone is on the way.