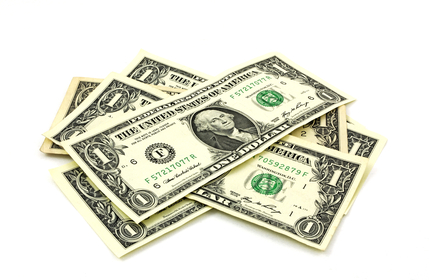 Federal workers under future government contracts will get a minimum wage of $10.10 per hour via executive order, the White House announced hours before President Barack Obama delivered his fifth State of the Union Address. White House Press Secretary Jay Carney said the president, like a vast majority of Americans, is fed up with waiting for Congress to act.

A Gallup poll taken in November found 76 percent of Americans favor a national minimum wage hike to $9 per hour. House Speaker John Boehner told MSNBC that the president probably has the executive authority to raise federal wages, but Republicans will be watching closely for any abuses of power.

The White House also endorsed the Fair Minimum Wage Act of 2013, introduced by Senator Tom Harkin (D-Iowa) and Representative George Miller (D-Calif.) last March. The bill would gradually raise the minimum wage for all workers until it reaches $10.10 an hour. It would also increase the minimum wage for tipped workers for the first time since the early 1990s, and give cost-of-living increases based on the Consumer Price Index.

The bill has little chance of getting through the House of Representatives. A minimum wage increase would put some needed extra cash in the pockets of millions of workers, but may disrupt gains in other areas.

The U.S. unemployment rate dropped to 6.7 percent in December, the lowest reading since late 2008, according to the Bureau of Labor Statistics. But the gains stemmed more from workers dropping out of the labor force than from more people becoming employed. Companies added a mere 74,000 jobs total in December, the lowest one-month reading in three years, according to Time magazine.

Mark Zandi of Moody’s Analytics, an economic forecasting and bank stress testing firm, told AZ Star Net last year that a hike in minimum wage nationally would increase the price of labor, and discourage companies from hiring more workers. But the Chicago Federal Reserve believes the move would stimulate the economy by putting more money into the pockets of people who spend as opposed to save.

Several states are following the president’s lead, refusing to wait for Congress to act on a minimum wage increase. California governor Jerry Brown signed a bill in September that will increase the state’s minimum wage in increments until it reaches $10 an hour in 2016.

Washington state has the highest minimum wage in the country, raising it from $9.19 in 2013 to $9.32 this year due to inflation. The minimum wage in New Jersey increased by $1 to $8.25 on January 1 due to a voter initiative that also calls for annual cost-of-living increases.

The White House said that 2014 will be an action-packed year, with the President putting the wealth gap and wage inequality at the forefront of his agenda. Carney told reporters that the administration will continue to explore options to get things done within the power it has.