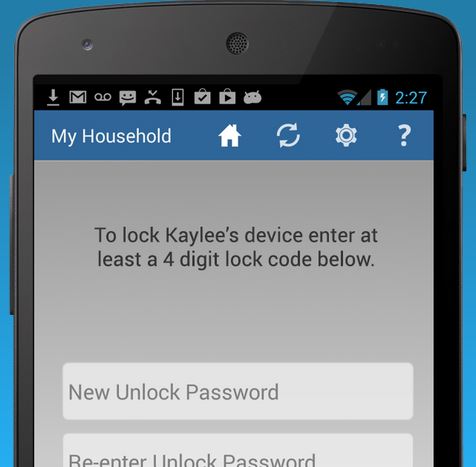 Is your child not answering your call? Are you tired and sick of worrying about them? “Ignore No More” app from a Texas mother can help you to track them down.

The idea was conceived by Sharon Standifird who was tired of her children going off the radar and ignoring her calls. The new app works by shutting down all the available activities on the phone. The kid can either call their parent back to unlock the phone or 911 if they are in between some emergency situation.

When your child’s phone is locked with “Ignore No More”, he/she has only two options – either he or she can call you back or call an emergency number like 911. No provision for calls to friends, games or text messaging is provided until your child return your call. Once they call you it’s your choice if you want to unlock their phone. This app cannot be disabled on the kid’s phone but rather from parent’s phone. A parent phone can have access to multiple accounts.

Now, that’s some serious level of parental control. So, if your kids want to use SnapChat, want to like a post on Instagram or want to update their status on Facebook they won’t be ignoring your calls anymore. Kids, now you wont be able to ignore your mom with this new mobile app.

This is probably the best app that has arrived (off course for the parents) in the app store. Most of the app present in the app store copies features and add some enhancement but this is totally different idea and hilarious, off course not for the teenagers who will be targeted with this app.

If your kid is ignoring your calls and you are really worried about him, then what are you waiting for. Grab “Ignore No More” app and install it on your kid’s phone, your kid will not dare to ignore your call any more.

“No calls to friends, no text, no games, notta’ until they call you back. When they do, you can unlock their phone if you choose to do so,” reads the application’s website. “How’s that for parental control?”

2 replies on “Kid, You can’t Ignore your mom with this new mobile app”

The latest research for teens driving while on their cellphone shows 53% of the time they are talking to a PARENT. Perhaps Mom/Dad needs to call less?