Facebook F8 developers conference in in progress and a plethora of exciting news are coming ‘officially’ from Facebook since yesterday. Facebook made an official app for its F8 event. Today, this app rolled out some strange notifications which gave the glimpse of what is seen as a major new project by the social media giant. The notification mentioned a new ‘Teleportation Station’ project along with some other things like IoT, messenger and other news which everyone is aware of that Facebook is working on.

All the participants received this notification on their mobile in the F8 app of Facebook. The news was first reported by TechCrunch. Here is what the notification looked like: 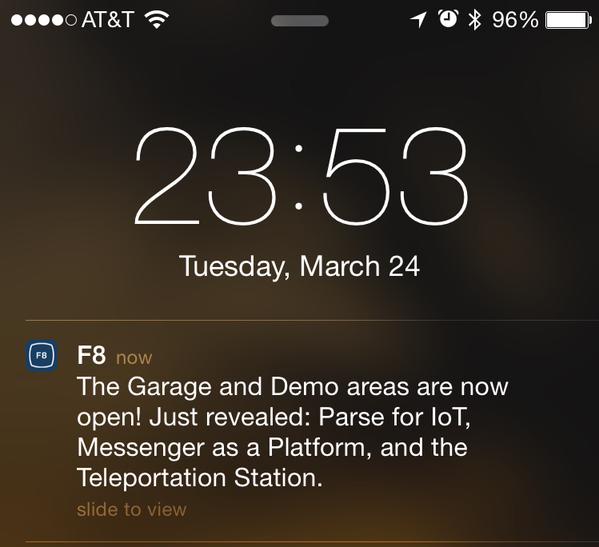 It can be speculated that the ambitious CEO of Facebook, Mark Zuckerberg might have to add to a list of his unparalleled achievements by launching app that could be a game-changer in virtual reality. Facebook teleportation app can turn things around in the internet of things and wearable tech. It is also reported that Facebook teleportation station is on the F8 conference agenda and will be discussed later on.