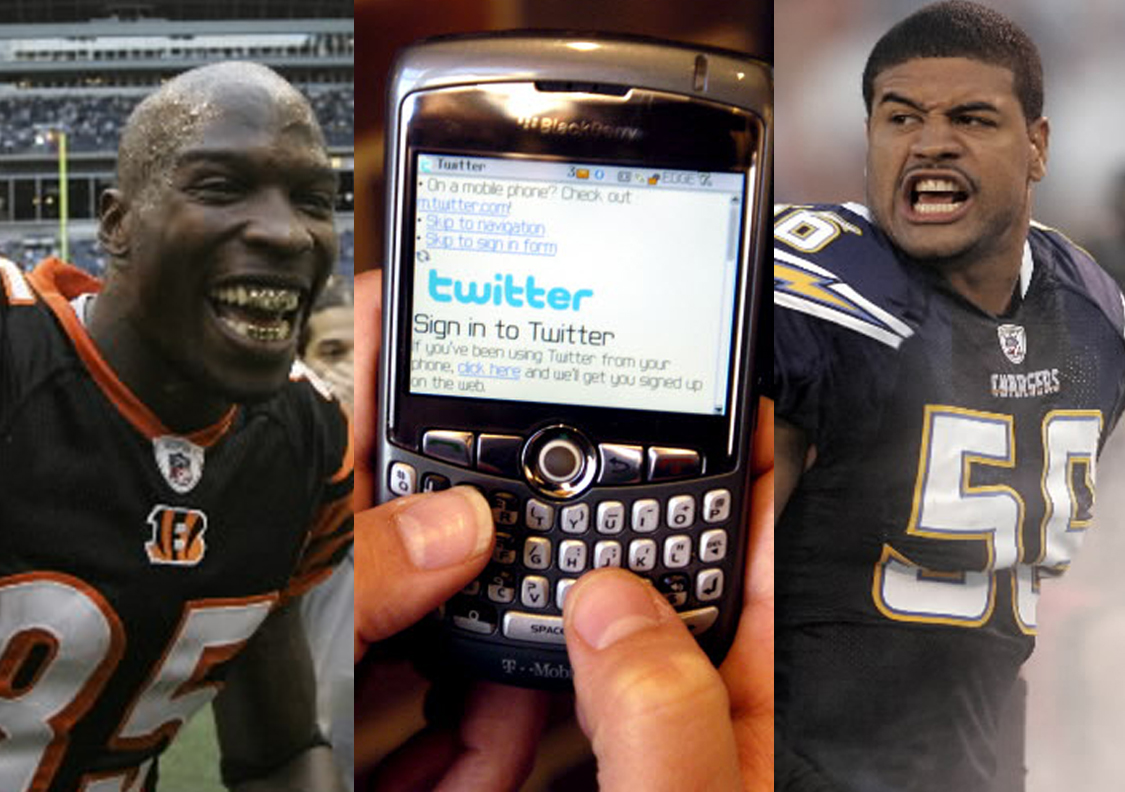 As much as the NFL is against social media, you’d think they would find some way to embrace it, especially when you take a quick glance at the trending. I

t’s the middle of the afternoon on Sunday, and Twitter is dominated, 8 out of 10 topics, by the NFL!

In fact the term “NFL” is currently sitting at #4 in the list.

I figured this is what would happen – Twitter being dominated by the NFL.  I saw the same trends happening at the end of last years basketball season during playoffs and finals – and this was both for college and pro basketball.

Here’s a quick glance at the trending topisc at 4:00 pm on Sunday: 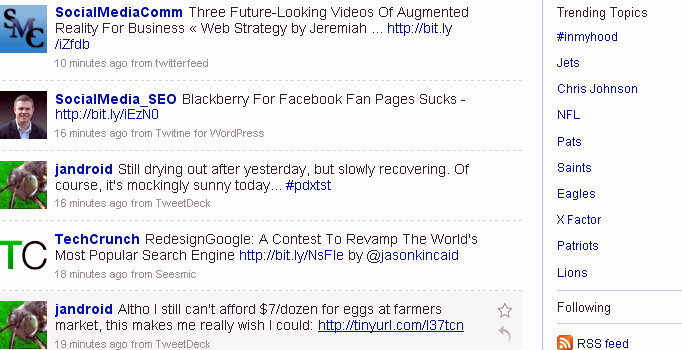 Along with just straight NFL interest, it looks like fantasy football might even impact the trending topics as well.  Take a look at Chris Johnson, this seems to be a fantasy football related topic:

Clearly the NFL is dominate topic on Twitter, as I would guess that anything on TV that’s hot would be.  But with this, you’d think the NFL would be more open to finding a way to work with the social media outlets to get more people to watch their games – and supporting commercials.

In fact, with Twitter’s trending topics looking like this, I’d say that fan’s attention is equally split between Twitter and the TV – something to consider!