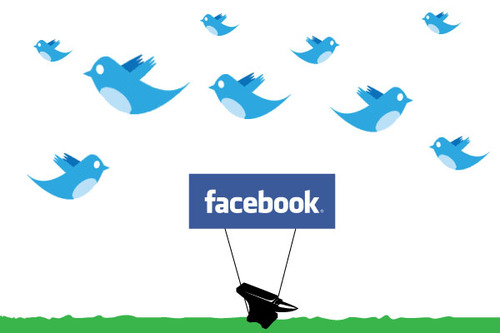 For that matter, I think I could safely ask the same question about Google.

So is Facebook and Google – collectively the overwhelming majority of powerhouses on the web – both affraid of what Twitter is doing?

My thought is “yes” – they are definitely affraid of Twitter.  But why?

Perhaps the answer is pride in being #1 – and the fear of no longer being #1 in every important aspect of the web.

Facebook is more for connecting to personal friends and family – right?  And Twitter is more for broadcast messaging and networking – right?

Facebook Fan Pages seem to be nothing more than a way for broadcast messages to find their way into a personal profile news stream.  And although I love Facebook Fan Pages, especially with the new Facebook 3.0 iPhone App, I’m still a bit skeptical about why Facebook is reacting this way to Twitter.

I think that Facebook needs to remain focused on their core values that made them the #1 social network on the web.  Just like Twitter is going to continue focusing on what has made them popular very quickly.

So what do you think?  Do you think both Facebook and Google are both in reaction mode when it comes to Twitter?