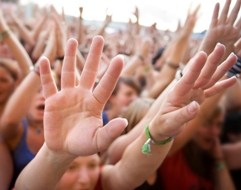 This question – or problem – was posed by Steven Levitt of the New York Times today, and I actually saw it on Twitter via @NYT_JenPreston:

Here it is:    “NYT’s Freakonomics Columnist Steven D. Levitt is looking for your ideas to help reduce teen violence”

I responded to @NYT_JenPreston with the following suggestion:

All day today I’ve been thinking about this issue of “how do we reduce gun violence amongst teens.  But then my mind took it one step further and I thought – well, why are just isolating teen gun violence?  why not pose the same question for drug use among teens, and sex among teens, etc…

The “Technology for Teens” thought that I had at about 7am this morning was a very sporadic, on the spot thought and response to the original question.

However, the more I thought about it today, the more I considered that “Tech for Teens” might just be something that could help teens deal with all sorts of issues – gun violence, sex, drugs, whatever… because the main point would be to build their interest in technology, which would hopefully decrease their interest in other less productive activities as a teenager.


Then I was on my iPhone (1st generation iPhone, cracked in several places, very volatile…) talking to someone while driving through downtown Athens, Georgia – which just so happens to be the home of the University of Georgia.

And as I was driving past campus talking to someone about this issue, I was noticing that all of the young college students were doing one of two things:

1) They either had a mobile phone to their ear and were talking on it, or…

2) They were looking down at their mobile phone and doing something on it – whether reading, texting, browsing the mobile web, etc.. I don’t know

And I said “wow – look at that – here are young kids, a lot of them probably late teens or early 20’s, engulfed in technology.”

I know that the young kids walking around the University of Georgia were already engaged in the use of technology, so their interest is there obviously.  Now what if a platform was provided that focused exclusively on teens, and even got the teens parents involved as well, that was centered on the things like:

*  learning about the latest trends and apps in technology

* learning more about social networks, the pros, cons, consequences, etc… of utilizing them, and teaching teens about how they can either work for you or against you depending on the choices you make

*  ways to implement technology more effectively in their daily lives

And really the list can go on and on…  The point is to indulge teens, parents, families in technology, and channel that energy and interest in a positive and productive way.

No doubt the teens and young adults in the US are already engaged and interested in technology.  And the way I see it, there is already a foundation of interest established – a pre-established platform if you will – to build upon to get teens and families more engaged in, and more excited about how technology is affecting their lives, how they utilize technology for productive things, and how it can advance their lives in substantial ways!

I think this might have a huge, positive impact not only the lives of teens, but also on parents and families.