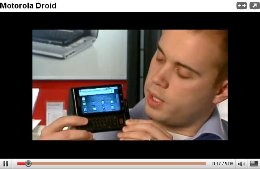 If you’ve been following along, you know that Verizon is set to release the Droid Phone by Motorola on November 6th – which is next Friday.

Here’s the demo video of the Droid Phone: