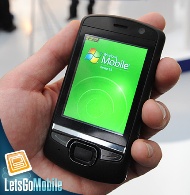 This is what happens when you don’t innovate, listen to your customers, and keep up the lightning fast changes of technology – you start getting ignored.

Windows Mobile 6.5 – the most recent iteration of Windows OS for mobile phones – has received less than stellar reviews from users.

The biggest complaints is that there has been no innovation or updates from the previous versions of Windows Mobile.  Basically, the issues with previous versions were just ignored by Microsoft and launched 6.5.

So because of Microsoft’s unwillingness to innovate and produce a killer mobile OS, Samsung has announced it’s plans to ween itself from Windows Mobile and go with the Google Android OS instead.

“According to Greg Noh of HMC Investment Securities, Samsung will move from producing 80% of their devices with Windows Mobile in 2009 to 50% in 2010, making room for further Google Android production.

While further reports are looking towards a 20% WinMo Samsung based operation by 2012.

It might be hard to tell, but I’m actually a fan of Microsoft!  I’ve been inspired by Bill Gate’s vision and innovated thinking toward technology.

With the amount of resources that are shored up in Microsoft, I’m left utterly confused as to why they are not innovating and developing applications that are embraced by the market place.

Are they just not listening to customers?

Are they just not paying attention to technology trends?

Whatever it is, it’s confusing to me.  And whatever it is, doesn’t really matter to the marketplace because the end result is carriers like Samsung will just drop their mobile operating systems.

It’s going to be interesting to watch what happens when Google releases their web based browser Chrome Operating System.