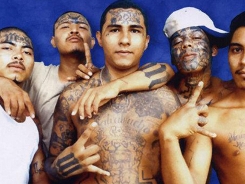 The dark side to Twitter is starting to emerge!

No longer is Twitter just about sharing your pictures, favorite links, and telling your friends what you just had for lunch.  It’s becoming a tool that every aspect of our society is leveraging – some for the good, and others for the bad.

The bad side of Twitter use is starting to emerge in the streets of New York City.

Gangs are starting to use Twitter to communicate with other gang members, and even set up territorial fights with other gangs.  This sounds bizarre, I know.

Gangs are obviously not made up of old farts that have no life.  They are made up of young men and women who have grown up with technology, social media, and yes… Twitter.

The NYC Police are aware of how gangs are starting to use Twitter as well and they are finding sophisticated ways to monitor the gangs.  But the gangs know they are being watched by the police, and have implemented 2 primary ways to avoid the police:  1)  first they will set up private Twitter profiles.  Private profiles will keep your tweets private except for those who you allow to view them, and 2) the gangs are creating a whole new language – secret words that only the gang members understand.

It’s innevitable, I suppose, that social media would eventually be used by all segments of society.  It is, after all, open source which means anyone with an internet connection can use it.  Unfortunately, because of it’s popularity, and also because it is free, gangs are starting to discover just how useful it is to set up a time and place for everyone to come together and fight!