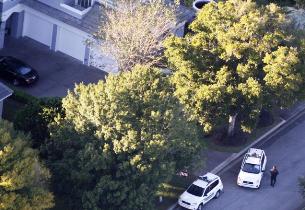 Ok – I typically don’t go down the “celebrity” news trail here at Social Media SEO, but the news from the Tiger Woods story is almost too much to resist.  The news and drama that’s unfolding is unbelievable.

There is now an Orlando website reporting that an adult woman, with blond hair, has been transported to a Florida Hospital from Tiger Woods home.

According to an article posted on WESH.com at 5:11 a.m., Orange County firefighters responded to a medical call at Woods’ home early Tuesday morning. WESH.com says the call was received at 2:36 a.m.

The article says a radio log showed a woman was taken to Health Central Hospital.  WESH.com also says the log showed a patient refusal and then an advanced life support patient.

WESH.com says neighbors claim Elin Woods had moved out of the couple’s mansion in the midst of ever-increasing reports of Woods’ infedelity.

I think we’ve reached a point with the Tiger Woods story to where the media is trying to dig up everything they can to continue the momentum that started when Tiger Woods crashed his car near his home in Florida.