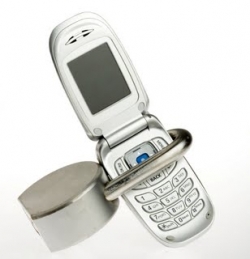 The Ohio Supreme Court ruled this month, by a vote of 4 to 3, that police are required to have a search warrant to search and examine the contents of an individual’s cell phone.

This ruling makes an unprecedented statement about the privacy rights of cell phone owners, but also points to the wealth of personal data that is now part of your cell phones.

Typically, authorities have the right to search items that are on or around the individuals being arrested, along with certain types of containers.

But the Ohio court ruling now puts cell phones on a much higher level of personal property than just your typical container.

The case that brought this issue to the Ohio Supreme Court was that of Antwaun Smith.  According to The New York Times, “when police arrested Mr. Smith on drug charges, they seized his cellphone and searched it, examining his call records. The police did not have a warrant or the consent of Mr. Smith.

This case made it to the state supreme court, and and rather than seeing a cellphone as a simple closed container, the majority noted that modern cellphones — especially ones that permit Internet access — are “capable of storing a wealth of digitized information.”

I would venture to guess that police search cell phones on frequent basis, but this case just so happened to be the one that was brought before a state supreme court.

This ruling could also very easily open the doors for other cases regarding social networks.  For example, if you’re required to have a warrant to search a cell phone, and social media sites such as Facebook and Twitter are now used vial mobile phones, would police then need a warrant to search someone’s Twitter and Facebook profiles?