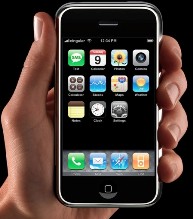 There are certainly more tragic stories coming out of Haiti than stories of survival and heroism.  There is one story, however, of a man who gives credit to his iPhone for his life being saved.

According to Yahoo news, Dan Woolley, an American aid worker, was unfortunate enough to be in Haiti on January 12, and the earthquake that hit the country left him trapped beneath the ruins of his hotel.

The good news is that he had his iPhone loaded with the American Heart Association’s Pocket First Aid & CPR application, a $3.99 application that provides basic, expert information on a variety of emergency situations ranging from choking to electrical shocks.

Wooley was trapped in the rubble in Haiti for two and half days before rescuers could reach him.  Wooley read on his iPhone app that he shouldn’t go to sleep if he thinks he has a concussion.  So he set his iPhone alarm to go off every 20 minutes to help him stay awake.

He also read about how to treat a leg that was bleeding profusely by using a belt as a tourniquet, and how to use a sock as a head bandage to stop bleeding.

So thanks to the iPhone app, Mr. Wooley was one of the fortunate survivors of such a terrible disaster.

I went to the app store on iTunes and was not able to find this particular app.  If someone can, please post a link to the app in the comments below!