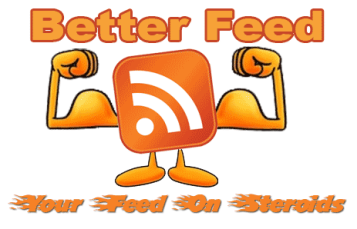 Once you were done tweeking your Twitter RSS feed in Yahoo Pipes, you could just take your new RSS feed and insert that into the RSS Graffiti app.  This would give you a great way to send your Twitter updates into Facebook Fan Pages in a neat, clean fashion – it worked great!

But then RSS Graffiti decided to change the scanning rate of their app.  And this pretty much shut everyone down who was using Yahoo Pipes to feed their Facebook Fan Pages with their Twitter updates.

Before, RSS Graffiti was scanning feeds every 30 – 60 minutes.  But they changed the scan rate to ever 4 – 5 minutes and in doing so, overloaded Yahoo Pipes.

Everyone of us who use Yahoo Pipes got shut down!

Now, if you’ve been following my blog, and other conversations on the web, you’d know that finding a solution to automatically send Twitter updates to Facebook Fan Pages is not an easy thing to come by.

And when I found RSS Graffiti and started writing about them, I was really excited to not only use it myself, but also to tell everyone about it.

But when they increased their scan rate to 4 – 5 minutes, the  repercussions was that everyone who uses RSS Graffiti is now completely out of luck.

So I’m left with this question – why in the world did RSS Graffiti change their scan rate to 4 – 5 minutes?

Why not just leave it alone at scanning every 30 – 60 minutes like every other feed aggregator on the web?

I’m confused as to why they would make a decision like this that literally shut down every single Yahoo Pipes / Twitter RSS feed / Facebook Fan Page user….

Any thoughts on this?

as far as I can see, you can change the update frequency in the application's settings … from "as soon as possible" to "every 30 minutes" … to "once a day" …