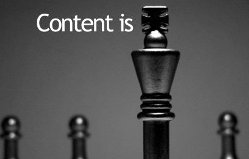 Not to long ago, I heard of a real estate agent that lived in a moderately sized city, around 150,000 people.  She was brand new to the business, receiving her real estate license only a few months ago.  However, she was determined to figure out a way to become the best known, and most preferred, real estate agent in town.  There were tens of thousands of real estate agents in her city – some brand new, yet some who have been around for decades and were well known and well respected.  Regardless, she knew there had to be a way to differentiate herself – there had to be a way she could rise to the top.

One day, this real estate agent was driving around town and made a most preculear observation.

She noticed that everyone who was walking on the streets had their cell phones, iPhones, and Blackberry’s out as they were walking down the street.  Some people were talking on them, yet others appeared to be reading things.

Then, once she became curious with this observation, she decided to explore this curious behavior a bit further.  So she started visiting local coffee shops and restaurants  and noticed that a lot of people were on their laptops and also on their mobile phones.

This behavior really started to catch her attention.  This young real estate agent was slowly coming to the realization that everybody, young and old, is engaged and connect on the web.  Regardless of what age they are, and whether or not they are inside sitting down or outside walking around.  She sees the same behavior over and over again.

Finally, she came to one final conclusion: everyone is on the Internet!

And she realized that not only is everyone on the Internet, but the Internet is so accessible to people that it doesn’t matter where you are, you can be connected.  As she sat and pondered this new phenomena, she started asking herself, “how can I leverage the Internet to achieve my goal of becoming the #1 real estate agent in my town?”

It was a question that would not leave her – day and night she pondered this question.  She wrestled with the thoughts, ideas, and concepts that were racing through her mind.  But nothing really seemed to click – she couldn’t quite figure out how to leverage the Internet to help her achieve her goal of becoming the preferred real estate agent in town.

Then one day, while she was sitting in a coffee shop browsing the web on her laptop, she read a most interesting article.  The article talked about how the Internet was literally destroying the newspaper industry.  She read about how people are no longer buying printed newspapers, and instead are turning to the web to get their news and information.

This made sense to the young real estate agent.  She figured, why not?  If you can get your news and information online for free, and also get the most up to date information instantly, then why would anyone want to pay for a newspaper that is covering news that has already been reported on the web?

And the answer became obvious to her.  The reason why the newspaper industry was dying is because people are no longer buying newspapers, and instead they are getting all of their news and information on the web.

So what was the idea that this real estate had?  What was it she was about to do that was seemingly going to propel her to the top of the food chain amongst all of the real estate agents in town?

She decided to start a blog that covered local news and information!

That’s right, she started a blog where all she wrote about was local news, events, and issues that were important to the people who lived in her city.

Everyday, this real estate agent took an hour or two and wrote several articles about things such as the local high school football team, trends in new shopping plaza’s that were being developed, and how certain parts of town are growing, and how some are dying.

Being a real estate agent gave her insights into all of the local trends, income levels, school districts, and everything else that was important to the citizens.  There was never enough time to write about all of the issues and “breaking news” that was happening around town.  Which was fine with the real estate agent because she knew that each time she sat down to write a new article, there would always be something to talk about.

This seems odd doesn’t it, that a real estate agent who wants to rise to the top in her industry would chose to start a blog and cover local news and events, instead of writing about what’s happening in the world of real estate?

At first glance, yes, it does seem strange indeed.  But the real estate agent came to the following conclusions:

And the most amazing thing happened!  Her news and information blog grew exponentially.  People from the local area were visiting her blog more ofter.  Her RSS feed subscribers grew.  More people were syndicating her content through Twitter and Facebook.  And best of all, her unique visitors per day were growing by leaps and bounds.

What she built was her very own marketing platform.  A platform that was all hers, and one that she controlled regarding advertising her real estate business.

As the traffic grew to her site, the locals started to associate high quality news and information with her site.  This started the process of branding.  Which also meant that more people from the local area would be talking about the site, visiting the site, and sharing information that was written on the site.

And ultimately, the real estate agent achieved her goal of becoming the most preferred real estate agent in her city.  She achieved what she sought so eagerly to achieve.  And it was all due to her generating content on her own blog!

The point of this story is that when it comes to the web, content is king! That’s the way it’s been since the beginning in 1998 when the Google guys started crawling and indexing websites, and started bringing order to the web.  And that’s exactly how it is still today!

Someone who is obscure, or unknown, can rise to stardom simply through the use of effective content.  Despite the fact that there may be better qualified individuals out there about a certain subject, someone who is unknown can come along, start a blog, and quickly become the “go to person” for that particular subject.

It’s the power of the web, and the web’s hierarchy is based on content!

Write great content, and write a lot of it, and eventually your hard work is going to meet opportunity.  And you can quickly find yourself at the head of your industry, with opportunities that more qualified individuals should have gotten, but didn’t because there is no content associated with them.

How does this all tie into WordPress?

It’s simple – WordPress is a powerful blogging platform that takes care of 90% of your SEO work for you.

But ultimately, it doesn’t what type of blogging platform you are working from.  If you don’t do the hard work of producing great content, and producing it on a regular basis, you are going to hard pressed to achieve your goals.

Always has been, and more than likely always will be…