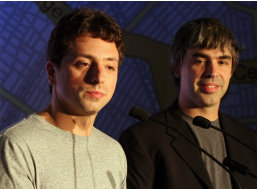 Search Engine Land’s Danny Sullivan spoke with Google’s VP of Product Marketing, Bradley Horowitz about the privacy concerns that have rocked Google since the release of the their new social networking element called “Google Buzz”. And from the sound of things, we may ultimately see Google Buzz removed completely from Gmail.

Here’s what Bradley Horowitz had to say:

“Horowitz said Google is considering separating Buzz from Gmail, so that people can participate independently from email. The company might also allow people on Buzz to claim new names and redirect anyone seeking them at their old profiles to the new locations. Horowitz says Google also continues to look at ensuring search is a good way for people to locate the “right” people, as well.”

The concern has been, literally since day 1 of Google Buzz, that the social networking tool automatically opted you in to following those who are in your contacts, and your contacts following you – all without you having any say in the matter.

This issue, among other major privacy concerns, has put Google under pressure with Google Buzz.  Ultimately, we will probably see Google Buzz removed from Gmail – which would then put Google right back to the drawing boards to try to figure out a way to compete with Facebook and Twitter.