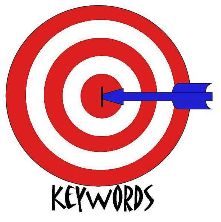 This post comes from my Google Adwords consulting blog at TheAdwordsProfessor.com.

If you are inexperienced with Google Adwords, the learning curve can be a very expensive one. Basically, Google Adwords, like any other college education, can cost a lot of money.

However, there are simple strategies that you can use to help shorten your “training curve” if you will, and put your Adwords campaign into a profitable position sooner, rather than later. And this can be done using what I call the Google Adwords keyword elimination strategy!

Most new Google Adwords advertisers will build hundreds of keyword phrases into their campaign. Google loves when you do this because the more keyword phrases you specify, the more exposure and clicks Google can get paid for.

The downside here is that Google doesn’t really care, so to speak, if your business is actually generating revenue from your clicks. From Google’s perspective, your list of keywords must be relevant or else why would you put them into your campaign?

Google doesn’t account for the fact that you might be inexperienced, or just have no clue as to what you’re doing. So the campaign launches, and you could very quickly spend an awful lot of money – all of which never turns into a phone call or a sale.

One method that has always worked well for both myself, and my clients, is what I’ve come to call the “keyword elimination strategy”.

Let’s say you have 50 keyword phrases running in your Google Adwords campaign, and yet you haven’t gotten a single phone call from a prospect. This means that over the past week, although your campaign has been generating clicks and Google’s been taking your money, your phone just isn’t ringing.

Now granted, there could be some issues with your website or landing page, but 9 out of 10 times, the problem is actually associated with your keyword phrases.

So what we need to do is start eliminating keyword phrases!

Go to your keyword list and sort the list by the most clicks – from most to least – for the entire week.

Again, you know you haven’t received a single phone call from Google Adwords.

Repeat this process over time, and each time you make changes (eliminate) keyword phrases, you will be turning your Google Adwords campaign into a higher quality campaign that generates higher quality clicks and exposure to your target audience.

That's very good advice for AdWords 'newbies' that could save them a lot of money.
I agree that, initially, most campaigns are set up with far too many irrelevant, broad keywords or phrases and are just left like that, with them unnecessarily draining the budget. So the process of consistently refining the campaign to hone in upon the most effective keywords and eliminating the keyword phrases that, as you say, "could potentially be searched by non-targeted customers" is vital. As with everything to do with Google, relevancy is the key, so I would add that understanding and scrutinising the keywords' Quality Score is also another vital ingredient on the road to having a cost-effective AdWords campaign.