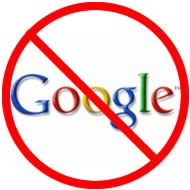 When it comes to social media site like Facebook and Twitter, there is one activity that dominates, and that is sharing. Sharing is the equivalent of recommending stories, links, and other resources to your friends on Facebook, and to your followers on Twitter.

But there’s one guest who isn’t invited to the sharing party, and guess who that is…?  GOOGLE!  When you share links to stories, news, and other content you find interesting, your friends on Facebook get to that story by simply clicking the link you sent them – no where along the way was a search needed on Google.

This new paradigm of Internet activity is creating a void within Google.  And I’m of the opinion, Google is sensing that they are being left out of the “social media”, and in a lot of ways, surpassed by the likes of Facebook.  From this growing insecurity within Google, I believe sprouted the Google Buzz platform.

I was asked yesterday by one of my new Google Buzz followers if Google Buzz is trying to compete with Facebook as a social network.  This was a great question, and my response was two fold.  On one hand, I don’t believe Google wants to be a social networking site where you “socialize” so to speak.  However, I do believe that Google is focused intently on being the number one source for referring traffic – that is, the “sharing” element of social networks.

So you basically have 2 main functions that happen on Facebook and Twitter.  Direct interaction, and sharing.  And it’s the sharing element that I believe Google is terrified of losing, and already feels their grip on referral traffic slipping.

According to a report by Compete Inc., web portal sites such as Yahoo, MSN and AOL are getting more traffic from social media sites than search engines. In particular, Facebook has outstripped Google Search as the top source of traffic to web portals.

This means that Google is no longer the biggest provider of traffic to major sites like Yahoo and AOL.  Now, you can chalk this up to perhaps bad SEO on Yahoo’s and AOL’s part, but more than that, it shows the power and relevance of sharing on Facebook and Twitter.

When one of your friends on Facebook finds something interesting, like say an article in Yahoo Finance, there is more than likely a Facebook Share button on the article that can clicked, and instantly you’ll send that article to all of your friends.

And the Compete.com research is showing that more traffic is coming to their sites from this method than through Google.

So again, this leads me to ask the question:

If people are getting content from referrals by friends on Facebook, this means one less search is conducted on Google.  And when you have close to 400 million users on Facebook, this is a lot of searches being stripped away from Google.

I don’t know… it’s an interesting question at the very least!

What do you think?  Do you think Google is becoming obsolete – no longer relevant, or needed in today’s Internet?

4 replies on “Could Google Become Obsolete?”

Google has Youtube. While it generates almost no profit, I don't think they are feeling left out of the social networking arena. You said that people simply provide direct links to stories/posts, so in that sense nobody is "invited to the party" in terms of sharing.

Yes, Google is trying to fill a market that in my opinion has little to gain, but Google has surprised me several times! I think this title and associated image of yours is sensationalism at it's finest.