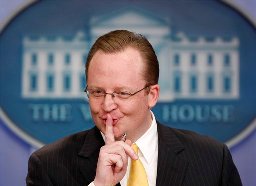 It’s only been 3 days since The White House Press Secretary Robert Gibbs launched his Twitter profile (@PressSec), and already he has 21,000 Twitter followers and growing.  On Tuesday, Mr. Gibbs pronounced that “Twitter is fascinating” as it allows him to eavesdrop in real time on the press corps and the public’s reactions to President Obama’s remarks.

And according to a WashingtonPost.com article, Deputy Press Secretary Bill Burton — @billburton44 — has already begun using Twitter to fact-check inaccurate reports online and off.

“It seemed, as I’ve said to some of you, an avenue that our voice would be important in,” Gibbs said, explaining why he joined the service as part of a White House revamp of its communications strategy.