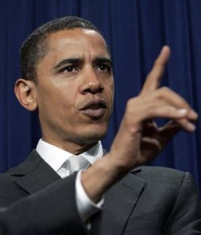 President Barack Obama has shown some of his true colors at the health care reform summit.  His impatience, lack of mutual understanding, and outright anger at opposition is slowly painting a much different picture than what the nation experienced during his Presidential run.

At the heart of the tension is the question of “how do we reform health care to control costs and expand coverage”.

What the Republicans, quite a few democrats, and business owners want is health care that corrects the incentives that inflate costs.  However, Obama is fixed almost exclusively on health care reform that allows for preventative care and expanded coverage, most of which would be funded by the Government.

Buffett described health-care costs as an impediment to U.S. businesses and said reform efforts have to put more emphasis on controlling them. He said the 17% of gross domestic product the U.S. spends every year on health care is unsustainable, and that most of America’s peers spend about half that amount.

“That kind of a cost, compared with the rest of the world, is like a tapeworm eating at our economic body,” the Associated Press quoted Buffett as saying.