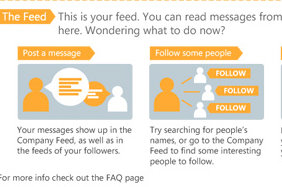 There is no question that Twitter’s 140 character updates hold a lot of value as far and information and content is concerned.  You need to look only to the major search engines to see that since Google, Yahoo, and Bing are all displaying “tweets” in their search results.

Well Microsoft wants to take this ‘micro-blogging’ concept one step further with it’s Twitter-like concept called OfficeTalk. OfficeTalk is a micro-blogging platform, but instead of tailoring to the masses like Twitter, it will instead be designed exclusively for the professional and business environment.

Here’s a screen shot of OfficeTalk: 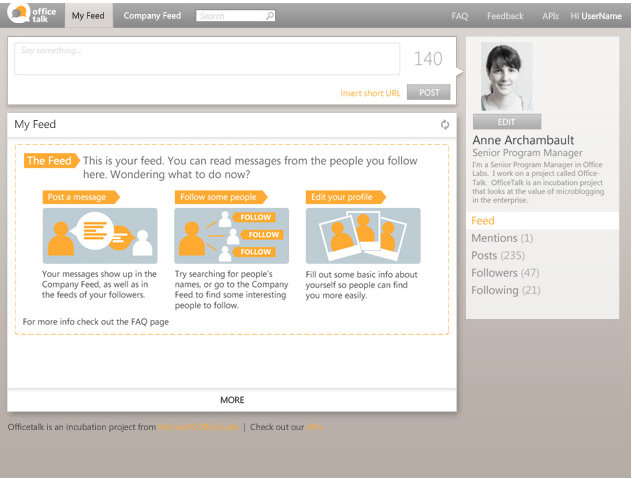 According to Microsoft’s Office Labs blog, OfficeTalk is a concept test to explore the value of microblogging in the enterprise. OfficeTalk is deployed internally at Microsoft and has seen over 10,000 visitors and hundreds of messages posted daily. We’re now making OfficeTalk available to a few customers in a small pilot test. Because this is an early-stage concept, the OfficeTalk microblogging experience itself looks very similar to other well-known services. The key difference is that the enterprise owns the data since the OfficeTalk server is hosted in the customer’s organization.

Of course, the “other well-known services” they are referring to is Twitter.

It will be interesting to see if OfficeTalk starts picking up any traction with other businesses outside of Microsoft.  Microsoft can mandate the use of the service within its own company.  But other companies are more than likely already leveraging Twitter for internal, or even “company” type conversations and feedback.