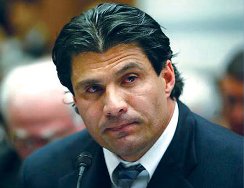 The drama around Jose Canseco and ‘steroids’ seems to never go away.  I mean, here we are in 2010 still having to deal with the combination of Canseco and steroids in the news.  But this time it’s regarding a subpoena by a grand jury investigating whether Roger Clemens lied to Congress when he denied using performance-enhancing drugs.

Jose Canseco posted on Twitter,  “Omg I just got a subpoena to testify before the grand jury about roger clemens,andrew pettite and others on Thursday april 8 2010 at 100 pm.”

The fact that Canseco posted the exact time and date in which he is to appear will just about guarantee a media circus to follow Canseco straight to Washington DC.

Prosecutors have asked a federal grand jury in Washington to decide whether to indict Clemens for lying under oath to Congress in 2008 when the seven-time Cy Young Award winner denied using steroids or HGH. 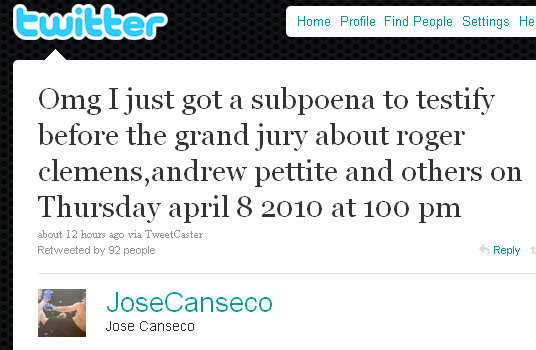